Making Sense of the Midterms from the Nonprofit Perspective 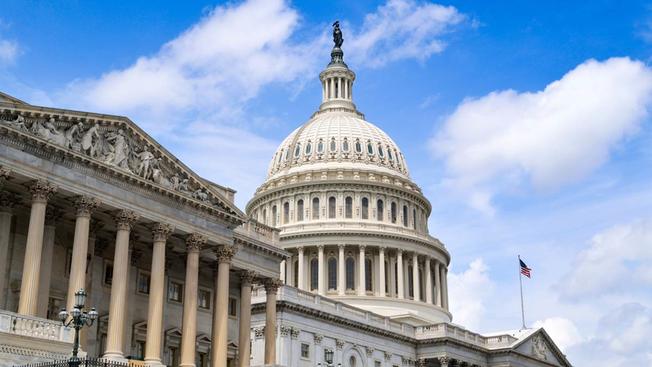 The dust has settled, and it’s safe to say no one in Montana is entirely happy with the midterm election results, and no one is entirely unhappy either.

So how do we make sense of the midterms for Montana’s nonprofit community? Is the operating environment for the nonprofit sector better or worse after the midterms? Our answer is mixed.

The split in Congress, with Republicans controlling the Senate and Democrats controlling the House, will almost certainly increase extremism and gridlock at the national level. It will be more important than ever for nonprofit leaders to be effective at the state level as we enter the 2019 Session.

MAKEUP OF THE LEGISLATURE

Looking ahead to the 2019 Montana Legislature, the makeup of both the House and Senate will be similar to 2017 with Republicans in control of both chambers. While we might have hoped for more gains with moderate candidates, we can also say the overall makeup of the Legislature isn’t particularly more extreme than it was in 2017. Of 125 total state legislative races, 82 were won by incumbents. Just three incumbents lost.  Even with the large number of returnees, 28% of Montana legislators will be new to their roles. Whether legislators are returning or new to their roles, now is the time for nonprofit leaders to reach out, get to know local legislators and ensure they know and understand your contributions to the community you both serve.

Every session there are a handful of bills that make a run at taxing nonprofits. We expect to see this increase in 2019 for a couple of reasons. First, Montana’s lawmakers will be dealing with the fallout from the federal tax reform enacted in 2017. Nonprofit experts predict that the state 2019 legislative sessions will be the most active and challenging in a generation as legislatures open their tax laws to conform to the federal law and make other long-sought reforms that could benefit or undermine the work of nonprofits and foundations. Second, as the pressure for state revenue increases, tax exempt organizations are an obvious place for lawmakers to look for additional revenue. We saw this in 2017 as nonprofit property tax exemption once again came under scrutiny, and we will see more of the same in 2019. We all need to make the case that making policy decisions that diminish nonprofits’ ability to work effectively on behalf of the community is simply bad policy.

While many subsectors have their own legislative agenda, two big issues that will impact all of us this year are Medicaid expansion and infrastructure funding. Ballot initiative I-135 was an attempt to secure revenue that would have offset some of the cost of Medicaid expansion. Its failure means lawmakers will either be looking for additional money to fund expansion, undertaking efforts to rollback current benefits, or some combination of both – a significant challenge no matter what.  All other legislative efforts will play out in the context of Medicaid expansion.

You’ll recall the 2017 Legislative Session adjourned without passing an $80 million infrastructure bill. The Montana Legislature hasn’t passed a bonding infrastructure bill the past four biennial legislative sessions. Three attempts died in the House in 2011, 2015 and 2017, and in 2013, Gov. Bullock vetoed a bill that included bonding that the Legislature had passed. While infrastructure funding will not be as significant an issue as Medicaid expansion, it will be a prevailing theme throughout the session.

The big issue MNA will be working on during the 2019 Legislature is the renewal of Montana’s Endowment Tax Credit (Credit). Although this is the main bill we’ll be involved in, we put this at the end of our comments on state issues because our efforts here will be influenced so heavily by the dominating issues discussed above. A subgroup of the MNA Public Policy Council has been at work for several months preparing our strategy. We have a placeholder bill as well as a bill sponsor ready to work with us on putting in draft legislation. With the election behind us we will now begin to focus on communicating with committee members and legislative leadership. Eventually we will be reaching out to nonprofits who have received contributions tied to the Credit, requesting testimony and advocacy. For now, as you meet with legislators, this is the right time to let them know how your community is better off as a result of gifts associated with the Endowment Tax Credit.

Both Democrats and Republicans are finding reasons to celebrate the midterm elections. At the same time the words many of us are hearing as we look ahead are “gridlock”, “investigations” and “2020”.  The split leadership between the House and Senate makes it difficult to imagine significant progress being made on major initiatives. However, with a presidential election just two years away (did we seriously just say that?) maybe there will be motivation for parties to work together.  Areas where common ground might be found include infrastructure spending, some areas related to immigration, and some aspects of health care. Here are several themes we’re paying attention to.

THE BUDGET AND SPENDING

Nonprofits should be concerned that Congress will be focused on discretionary spending cuts to reduce a growing deficit. Discretionary spending includes things like education, transportation, veteran’s benefits, natural resources, agriculture and defense, which is more than half of discretionary spending. Whether one believes taxes should go up or down, or whether spending should increase or decrease, the bottom line question for nonprofits is how services in communities will be impacted. Again, the clear mandate for nonprofits is to engage in the advocacy process by building relationships and telling a compelling story backed up by data. As the National Council of Nonprofits recently said, “Charitable nonprofits can be silent at their peril, or engage in targeted advocacy efforts at federal, state, and local levels to ensure policies are adopted that help advance (and not hinder) nonprofit missions.”

Several of the lead voices in the fight to politicize charitable nonprofits and houses of worship by weakening the Johnson Amendment lost re-election. However, there is nothing to indicate the Administration has changed its original stance to get rid of the Amendment altogether. Thank you, Montana nonprofits, for using your voice to keep partisan electioneering out of nonprofits. We will keep you informed as we continue to protect nonprofit nonpartisanship. More on the post-election outlook for the Johnson Amendment here.

The biggest news for Census 2020 is the results of the 36 governor’s races that were on the ballot. The Democrats took seven positions back; the Republicans lost six. This is an important consideration for states in the redistricting process which governors and state legislatures will undertake following the 2020 election.

The 2018 midterms will go down as the most expensive in history, costing more than $5 billion. We really can’t even comprehend what that means. Here, this might help: the height of a stack of 1,000 one-dollar bills is 4.3 inches; one million one-dollar bills is 4,300 inches – which would be a 30 to 35 story building; one billion one-dollar bills is 67.9 miles – which would reach to the outer layer of the earth’s atmosphere. Multiply that times five – and you’ve got a visual on the cost of the 2018 midterm election.  Unfortunately, with dark money at play, nonprofits are at the center of the action – which increasingly creates a problem of brand and reputation. Explaining how we can be involved in public policy and in politics, but we’re not one of “those” nonprofits is like threading the needle. Another good reason to tell our story well.

We heard in the midterms loud and clear that diverse voices joined together can and will make a difference. We saw the results in several ways: diversity in Congress, in the gubernatorial races, and here in Montana where the Native vote made a difference in the Senate race. As one Fortune.com article said, “If you believe the data that suggests diverse organizations and teams are smarter, make better decisions, are more fiscally successful and bring more innovative products to market, then the prospects for better political governance in the U.S. look brighter today.”

We’d like to hear how the midterm results are impacting your world. Send us a note with your thoughts, comments or questions.

Thank you to the National Council of Nonprofits and members of the MNA Public Policy Council who contributed your insights.