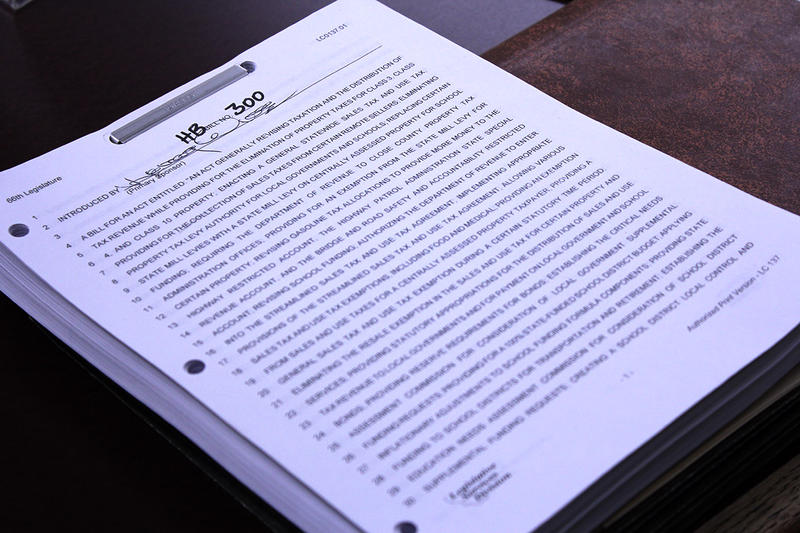 Montana lawmakers will take a comprehensive look at state and local tax policy over the next two years. Legislators say a changing economy and increasing population means Montana should consider new ways of collecting taxes.

Lawmakers identified tax policy review as their top study priority for the legislative interim, according to a poll of lawmakers that was released Wednesday.

The need for this kind of analysis was highlighted by policymakers and legislative observers during the fallout of Montana’s budget collapse in 2017.

During the most recent session, several ideas to revise state and local taxes were considered, including a proposal for a statewide sales tax paired with the elimination of certain property taxes, and the allowance of local option sales taxes. Those failed to pass.

The plan to study Montana’s tax systems was sponsored Republican Alan Redfield from Livingston. He explained the idea to a legislative tax committee in early April.

“It’s going to be a big undertaking. However, I think it needs to be done. But we also have to be careful, as we mess with taxes we take something here and it pushes it over here, we have to be real careful there.”

According to a report presented to state lawmakers last year by Bozeman based Headwaters Economics, “Montana likely is not taxing the economy where it is growing.”

The Headwaters report says that when it comes to jobs and income, Montana is transitioning from producing goods to providing services.

The legislative study committee on tax policy will include yet-to-be named non-lawmakers from the public and private sector. The Legislative Council will make those selections during a meeting May 29.